The Standown Cat at the Tiger StandOut Party

It was a sunny Saturday, me and Jasonmumbles drove my beloved wife (my car) down to KL just to attend the party.

We reached the place around 7 and the crowd isn’t that much that time. But without any hesitations, we went and registered ourselves. ( Where I think we accidentally cut the queue without realize it back then. Sorry about that ya. )

When I was registering,

What a friendly person ^^. But too bad, we didn’t manage to chat much.

Beside that, during the registration I was told that I could actually sign my name at the Standout Boards which is pretty awesome. I used to sign a lot of papers in the company but it was actually my first time signing stuffs in an event. ^^

Gosh look at those hand prints and signatures. Anyone notice mine?

Tada! Somemore with WafuPafu :P. At first, I thought of drawing a Cat Paw but

So I was so paiseh to reject her help. Hehehe… By the way, thanks to the Nuffies who helped me that day.  Though I can’t remembered which 1 is her. Hahaha.. *runs* 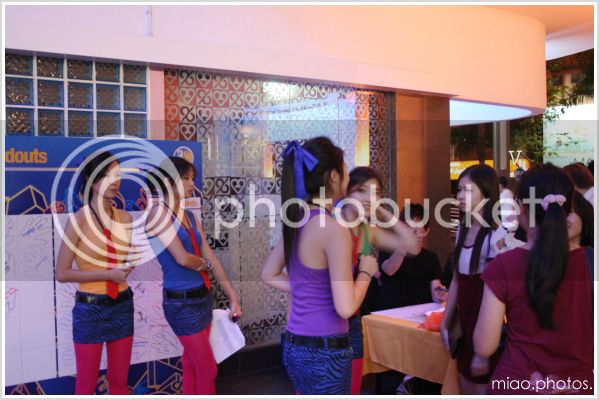 But didnt asked them to pose as they seems to be busy. Hahahaha…

After a while, the numbers of guests picked up, it was getting crowded out there and I saw quite a number of familiar faces there too. 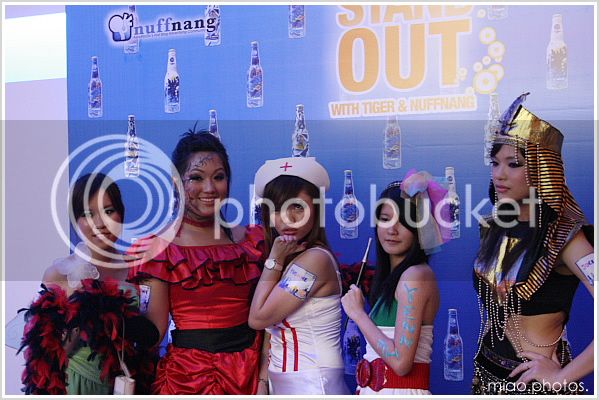 Yennie (2nd from the Right) and Coco (Most Right) all dressed up for the Standout Party.

The Famous Spartans who raid 1U.

Mr Yatz and his pony tails~

After a while, and the Standout Tiger party started…

Full house O.o! You can actually see Bloggers chating with each other everywhere and also not forgetting taking photo together which bloggers like to do very much.

Simon Seow with his custome, I should have taken a full body shot of him as he’s wearing a sexy red panty down there like Superman. Hehehe…

There were some who just

and one of them happened to be me. Hahaha

In the mean time at the stage, there are some games going with our bloggers and MCs who happened to be.. 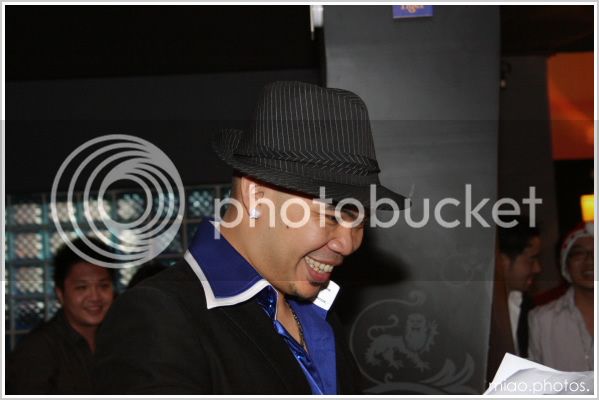 and the gorgeous JoJo Struy who happened to be the Nuffnang’s Blogger of the Month.

Among the games, there was this auction where bloggers need to use the Nuffnang Cash given on that night to auction for a mystery prize.

As a start, everyone was given (Nuffnang Cash) NC20. So to collect more cash, one actually needs to walk around and compete with others for more NCs.

Some of the bloggers are really good, they even came out with thousands of NC for the auctions. This is just crazy, I wondered how they get all those NC…

But its rather funny to see some bloggers actually bidded up to NC400 – NC600 and get a toilet paper roll or a bunch of bananas in return. Hahahaha..

After the auction and some games, 6 Most Standouts are selected and asked to go up the stage whereby they need to compete with each other to win the heart of the judges for the Best Male and Female Standouts.

And here are the normalists and their performance..

PinkPorkChop who did a ‘Bridge’ on the stage. O.o

and the last and not least..

with his funny performance.

Anyway, here’s a group shot of them before they announced the winners of the night.

And when we thought everything was coming to an end, there was a surprise celebration for our beloved Boss who happened to be having his birthday on that very day. What a coincidence.

Here’s a shot of his princess with his cake.

Opps sorry Suet Li, I accidentally captured a candid shot of you.

and here’s the Birthday Guy..

Can you see someone with Sticky Wishing Notes all over the body, well that’s him.

After the wishing and photo shooting, its about time to leave the place after 4 hours of great time…

Thanks Nuffnang for the Great Party.. 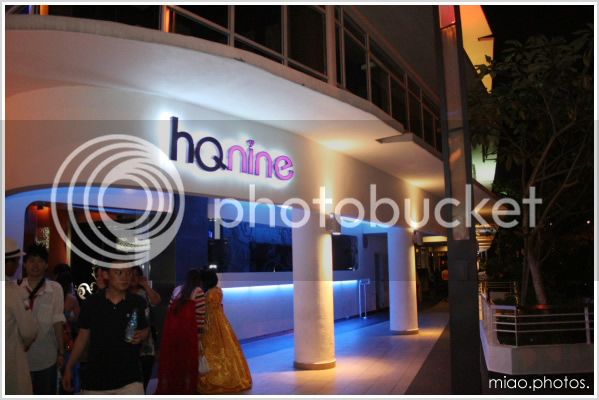 and also not forgetting Tiger Beer too…

Lastly.. a photo of Angel Robb and the Cat.

Hope to see ya all soon in the next Nuffnang party. XD

P/s: Sorry about the blur and bad photos and my grammars too. 😛