Someone Took My Laptop Bag!!

That “again” makes them sounds like this is not the first time they mistook someone else bag.

Maiku, how can you not recognized your own bag.

Thank God. I managed to take back my bag and laptop. My worst fear is losing all my drawings and source files.

Miao is leaving the World.
Coffee and Miao
Go Away!!

Gonna faced my greatest fear that is to talk in front of a bunch of people.

If you’re around please come and drop by ya, bring your book along too ya. So I can help to conteng-conteng (doodle). Hehe

DanDan Mee is a famous noodle dish in Chengdu is like the Kolok mee in Chengdu.

And I had the best Dan Dan Mee in Chengdu there. I tried to have it outside on the street and it wasn’t as good as the one in the hotel restaurant. It was so good I had two bowls. XD Luckily I didn’t skipped my breakfast.

Today, we gonna head out of Chengdu city centre to visit some really interesting places that i enjoyed and I think you might too if you like nature and old stuff. XD

Emei Mountain  is one of the Four Sacred Buddhist Mountains of China. If you watch those fiction kungfu movies, you will know Emei is famous for their swordmanship XD.

When we heard the word, Mountain, we were afraid as there’s gonna be a lot of hiking to do. OAO *horror* Thank God, we were short of time so we took a bus to the top station and walk (hike) our way from there to the top instead.

One thing to look out for though. 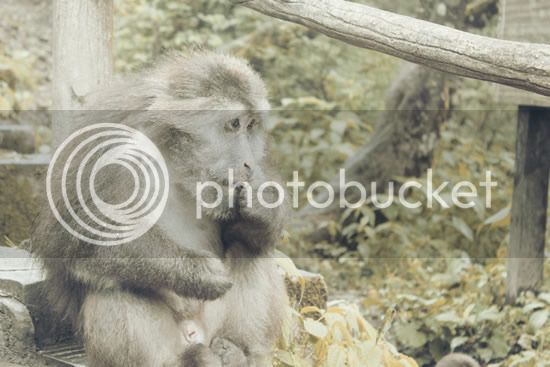 After an hour or more walk, we finally reached the top.

We can’t see anything.

Thank God the mist cleared a bit so I still could capture a few photos. 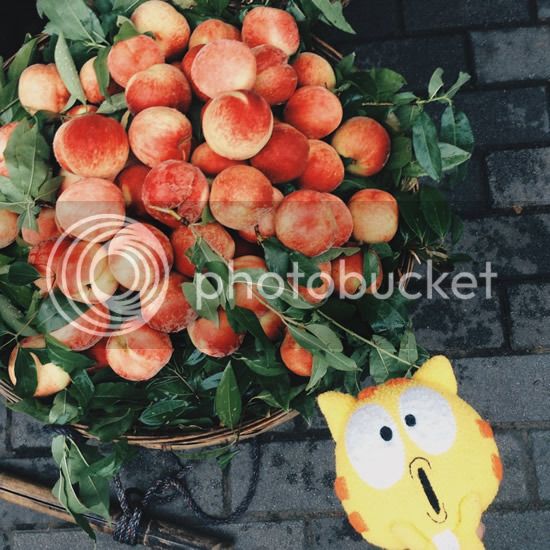 Bought some lychees and peaches on our way home.

Do you remember the movie Storm Riders? There’s a scene where they went into a huge Buddha statue and fight this fire creature.

I was so excited when I was told that we’re going there. Woohoo!

Initially, I thought the statue is located remotely in the jungle or something but turned out it’s just opposite a town.

There’s even condominiums that faced the statues.You can looked at that it every day hahaha.

Then, this happened. They stopped the ship half way so you can’t get the perfect front view of the statue unless you pay for an access to the deck. Maiku (dammit), they really good in taking opportunity to make money. =.=

As kiamsiap (stingy) Malaysians, we refused to pay up hahaha. So here’s a angled view of the statue. Nevertheless, it was an amazing sight. It makes me wonder how on earth they build something like this in the year 713. It is by far the tallest pre modern statue in the world.

Too bad we didn’t get to up the statue. Maybe next time.

Although dominated by Han Chinese, there are many other ethnic minorities living in Sichuan. One of them is the Qiang ethnic live mainly in the mountainous region in the northwestern part of Sichuan on the eastern edge of Tibetan Plateau.

Taoping Qiang Village is located in Taoping district about 163km from Chengdu city.

Founded in 111BC, this village is super duper crazy old OAO, older than Jesus lor.

This is our guide, a Han-chinese but dressed in Qiang traditional wear.

There are 98 households in this village and the amazing thing is they are all linked together. At least one of the wall is shared by another house. OAO!

So basically it’s like a BIG village sized house. This could be the reason how it survived earthquakes over the century. 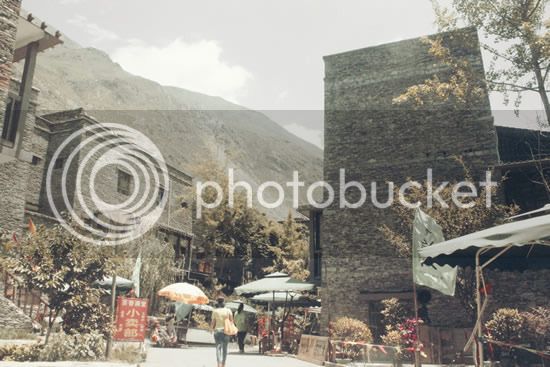 The towers can go up to 7 floors

They are air-drying the corns to feed the pigs. I gonna air-dry my fat miao too XD

The village has underground water system and air flow system that works like an ancient air-conditioner too. Making the whole village super cooling.

Inside of the house

Not only that, it also comes equipped with maze and traps for those intruders and enemies that enter the village.

The tour guide brought us through one of it and showed us all the traps. It was so cool!!!

The down part is that you can only find old people and kids in the village as all the young adults are working in big cities. The same happening in the longhouses in Sarawak.

Oh, here’s a shot of the amazing village taken by my friend from a viewing deck. See how huge it is.

If you have extra time in Chengdu/Sichuan, must put these locations into your itinerary lor.

Ahhh….after hours long of walk and travel, it feels so great to be back at Dorsett Grand Chengdu hotel.

What even best is to have a bathtub to soak the whole sore body in. ^ v ^ Feeling so much better after it.

I even called for a room service in the midnight.

I not sure whether room service suppose to be 24 hours or not but the one at Dorsett Hotels was. XD

Thank you Dorsett Hotels for making me fat.