It turned out the trip to Jeju is not only of nature and scenery but turned I get the chance to attend the annual KCON festival. KCON is an annual K-pop convention where there’s gonna be kpop concert and also stalls promoting and selling korean products.

The concert starts at 7 and we went there super early, 2 hours early, but it was okay as the place was occupied by many stalls.

Korean people are super generous, they kept offering us sample of food to try.

If you’re there, remember to get any products that associated with their HallaBong Orange products like orange chocolate, orange biscuit etc. They are super duper delicious !

Seriously, no need to buy any gifts for friends anymore, they are giving bags and bags of snacks as long as you participate in their mini games.

Only problem is that the place is freaking hot.

2 hours passed quickly in there and it was almost time for the concert to start.

And apparently most concert in Korea are seated concert. For an old cat like me, this is a blessing, I cannot stand standing in a spot too long which is why I seldom go for concerts.

Look at this pretty LED bracelet, they gave us. So nice right but…

Seriously lor, the whole row of us thought our LED bracelet was broken and we sneakily switched ours with those in the seats in front of us. XD

So cool lor, Everyone’s LED is in sync with the songs.

So put this into your itinerary if you are a kpop fans and plan of coming to Jeju island as the concert ticket is only around RM30.

PTPTN in your way to Cambodia
Miao First Songkran in Khon Kaen!!
Penang Trip: To the Sea

Here’s some book reviews I found for my book. If you have not gotten my book, here are some reviews to read to get some idea what is it about 🙂 Just click on the links.

Review I: A Miao-nificient read by Ann-Marie Khor

Review III: ” ONCE UPON A MIAO BY JIAN GOH AKA AKIRACEO ” by Rizka 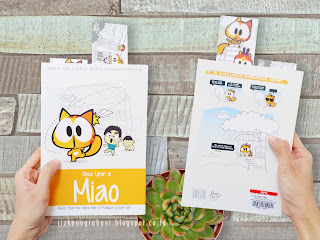 Review IV: “Once Upon a Miao” by Eatwhateatwhere 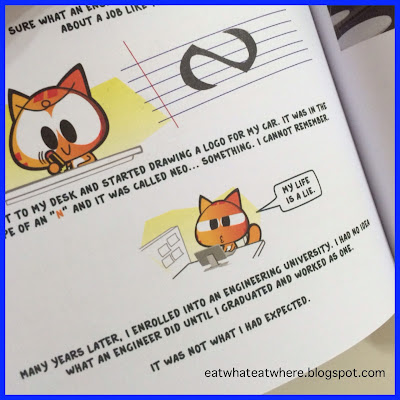 The Day Pafu left Us.
Siyok Food Safety Exhibition and Charity...
Book 2 is OUT!

There’s two key points needed for a successful kaw lui attempt.
First is having a good timing. And the best timing is to show up as a Hero when a damsel in distress.

Next, it’s having the ability to save the damsel.

If you are not prepared, then you will lose that once in a life time opportunity.
That is why TOC Automotive College is offering Car Maintenance 101 half day course to get you well prepared for that situation.

Changing tyres are easy as ABC, we need to exchange our tyres between the front wheels and the rear wheels every 5000 km to balance out the pattern and fully utilized our tyres.

It is dangerous to drive without a light in the dark. So whenever the lights on the driver side is broken, we must always move the lights from the left side to the right.

Changing lights are very difficult if you do not know which knot to press and where’s the opening is.

Engine fluids are important. It must be checked constantly to make sure it is at the sufficient level for the engine to run effectively.

It is very common to see people jumpstart a battery but now I found out everyone done it wrongly.

Apparently the negative (black) plug has to connected to the chassis of the car and not to the negative terminal on the battery. OAO I wouldn’t know if not because of this course.

With this basic knowledge, you are ready to save any damsel in distress on the road and find your true love.

The program cost only RM200 per participant, for more details feel free to check out http://www.toc.edu.my/ as they have others more intensive programs like diploma.