because this time, I was on my way to..

China, has never been on my I-must-visit-this-place list. I don’t really fancy China and I don’t know why. And most of the times, I tends to skip those travel shows when that episode is about China. ^^”

But since, my bros wanted to go, so I followed. It’s a rare chance for us to gather and travel together, although couple of them couldn’t make it.

I have heard a lot of bad stories about China people and even before I depart, my family gave me some advises…

and I encountered it straight away at the airport..

That’s kinda expensive for such a short ride. We kinda hesitated and it seems like it’s the only choice as she said there’s no buses and subway service around.. not until…

and saw the subway sign very very far behind. O_O!!

That fella lied!!  RAWR!! If I do not have a pair of cat eyes, for sure we need to pay for that cab and I just googled and stated the rate is $150 . 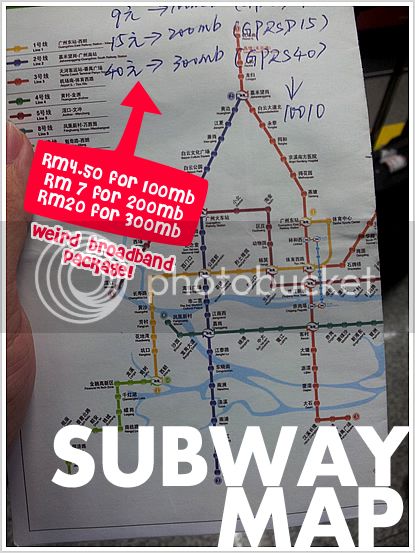 Whee.. I’m the cat GPS again. Some how, every trip, I happens to be the one holding the map. XD

First meal in Guang Zhou. Had this at the airport, a fast food franchise called Master Kang or something.

After the meal, we took a 30 minutes train ride to reach the station near our inn. The train ride was comfortable, it looks very clean and new and the whole ride is underground.

This is our first view.

Kinda run down. I think we’re somewhere at the old part of the city.

And the shops’ name plates made me goes “urrk” . Most of the shops here do not bother branding or marketing.

And then, we faced a problem. The map we had wasn’t very detail and we had difficulties looking for our inn.

We thought of getting a cab to get us there but…

But none of them want to send us there. They said it’s very near and drove away. 😐 Without any other choice, we forced to carry our luggage and tried to figured the location out. Luckily, we managed to find it.

The distance was walk-able but not very near lor!! =.=

After a rest and couple hours of naps, we grabbed our map and lurked around the city for food but got lost again. LOL. Blame the map for being so inaccurate and not detailed. XD

There’s a food street but we just couldn’t find it. We gave up and move to the other destination, Bei Jing street but got lost again and ended up a park with some uncles playing chess. hahaha let’s blame on the map again. 😛

After asking a couple of pedestrians, we managed to locate the place. First thing first!! FOODD!!

In China, they have this fast food chain that sells steamed rice with braised meat called KungFu.

After the meal, we crossed over the road to Bei Jing Street.

Bei Jing street, it’s a street mall. Something unusual for us as we used to shop in a closed mall with air-cons. XD

It’s kinda nostalgic to walked on this street as it was an important street and a part of the great city in the old days.

They even kept part of the road without tar and bricks just to display the old road structures.

There are lots of shops but with brands we have never heard of.

Not sure they are famous brand in China or not. Some of them are selling shirts as low as RM2.5 per piece and some are selling at 3 digits.

Another Kungfu franchise. This actually marks the middle of the street.

We didn’t bother went into the shops either as we’re not familiar with the brands and quality.

It’s MOS Burger!!! One of my favorite fast food franchise!!

I just love their uncut lettuces with their Teriyaki marinated patty. So good~~

Actually, I have never try others MOS burger beside this. I just couldn’t stand it to order other burgers. XD Too bad, they do not have Milk Tea in Guang Zhou branch else it would be purrfect.

Sigh~~ Too bad MOS are not planning to come to Malaysia from what I heard.

After the awesome MOS burger, we continued walking. =.=  So much walking and so tiring, we decided to call it a day and walked back to our inn.

Got ourselves a dessert on our way home, it’s something called “Twin Milk” in Mandarin. It’s like pudding made from milk.

I heard it’s a specialty/famous here. Okay, not bad but nothing to shout about.

As we’re near the river, we took a detour and walked to riverside.

I like this well preserved and maintained old building by the river. We used to have something similar here but sadly, our government likes to demolish old well-designed historical buildings. :/

This is the Pearl River that separates the city into two. 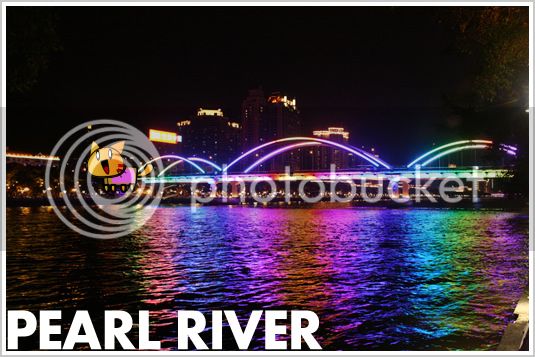 I have no idea what bridge is that but I like it. It is so colorful. XD

That’s all. Do stay tune for the next part. 🙂